I’m a little behind on my post, these pictures are from Sunday. Sorry! But look they added these beautiful light posts! 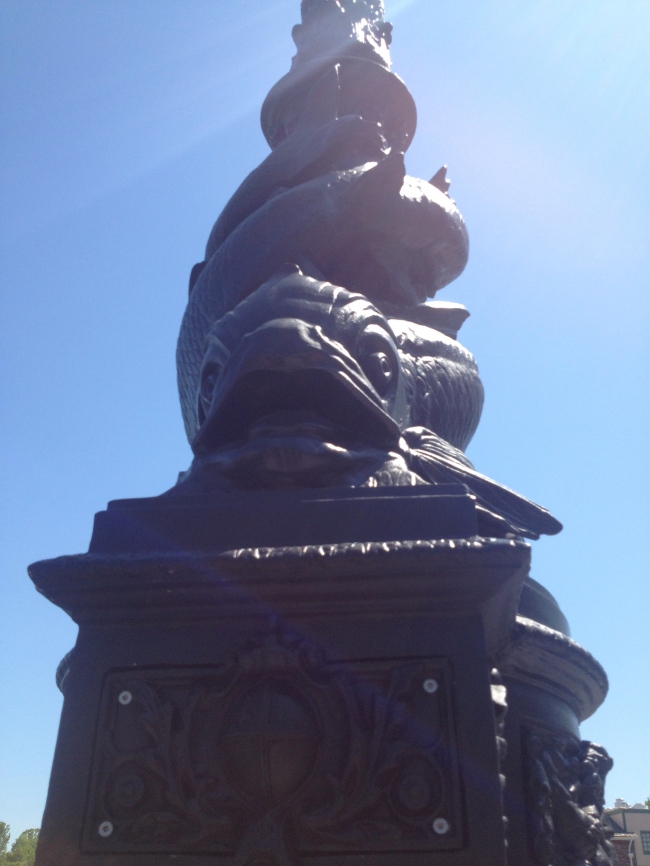 They added the fountain as well! It’s the same fountain as Piccadilly Circus. Since I took this picture on Sunday they have added the topper, I will try and get an updated photo this weekend! 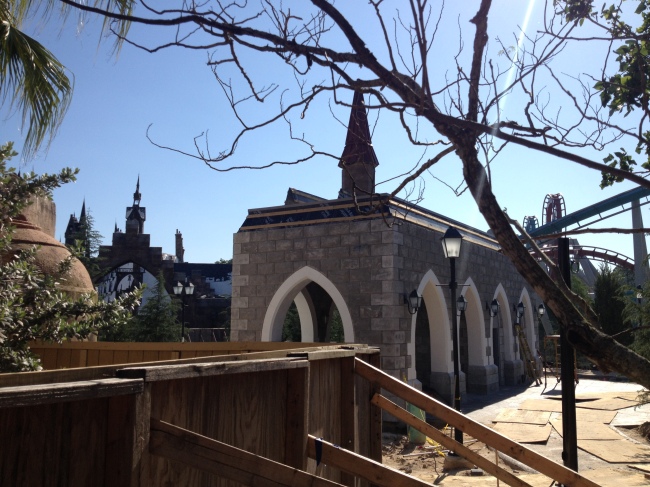 And over on the other side here is the latest photo of Hogsmeade station.

Looks like they are getting ready to add the sign. It is going to look so amazing!!

Here is the wall across from Hogsmeade station which I heard is going to stay and be covered in greenery.

There is a new fireworks themed window in Hogsmeade. Could it already be rigged for the interactive wands?