by Angelica “Helga Hufflepunch” Rodriguez of Revolution Roller Derby
A couple of years ago a good friend of mine asked if I wanted to go see a roller derby game. “A roller derby game? Like in Whip It?” she laughed, “Yeah, sort of.” So I got in the car, drove to Orlando and watched a brand new sport, still in its infancy, with admiration. A year later I would join the fray under my new alter ego: Helga HufflePunch. My life has never been the same. 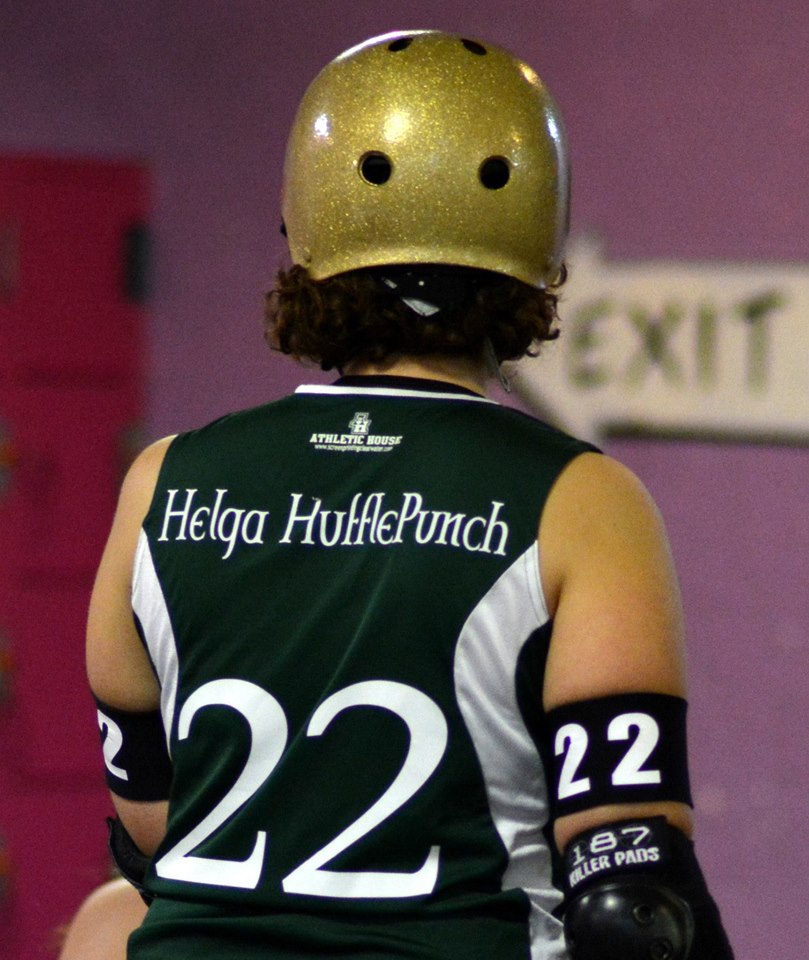 One of the greatest things about roller derby are the fun alter-ego, or derby names. You will find everything under the sun from Luna Shovegood, to Belligerent Lestrange, Phoenix Fawkes’m Up, Militant Bulstrode, and Helga HufflePunch (‘sup)… And those are just the Potter related names that came to mind. 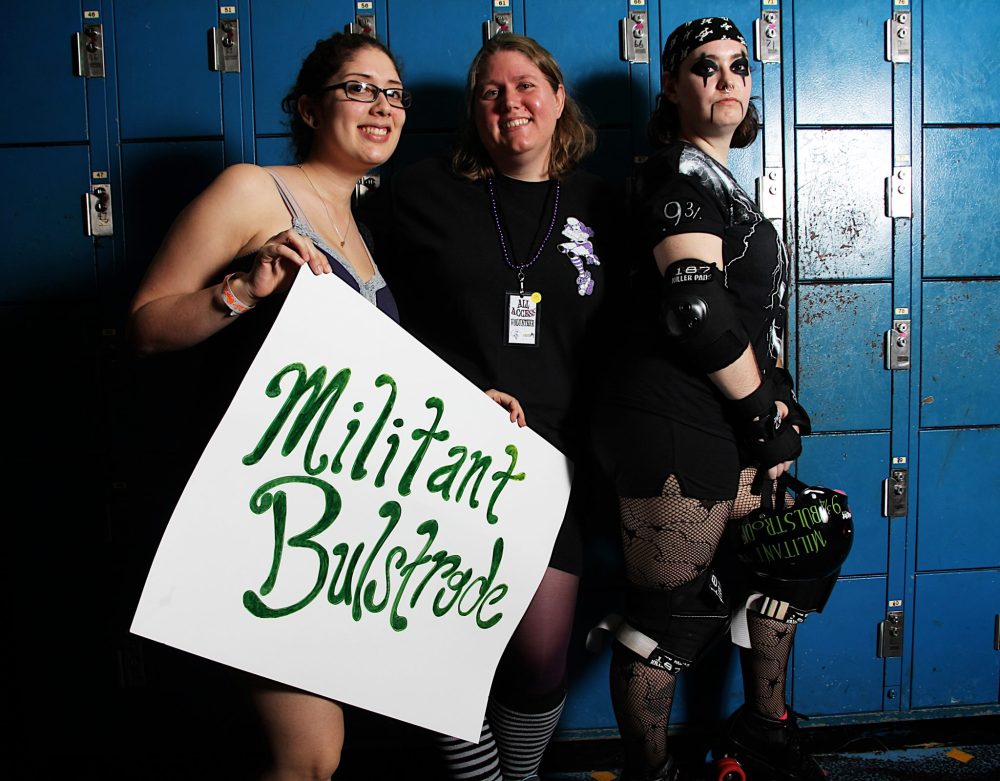 So why am I talking about this muggle sport? Partly because I’m obsessed but also because your very own Slug Club is partnering with Thunder City Derby Sirens for their first Bi-Wizard Tournament on April 16! Unlike regular roller derby games, the Bi-Wizard tournament is a roller derby scrimmage, where skaters from all over Florida are put into mashup teams and play against each other. It is sure to be a blast! Never seen a roller derby game before? Do not worry, this guide is just for you!

For those of you not in the know, roller derby is one of the fastest growing sports in the world; the US alone has over 1,250 leagues. It has been around since the 1920s, but its modern resurgence is vastly different. The game is played on quad skates, on a flat track, with five players on each team: one jammer, and four blockers. The game consists of two 30-minute halves, each of which is broken up into 2-minute (or less) jams.

The jammers wear a star cover on their helmet and they score points every time they legally pass an opposing player. The blockers, who must skate together in a pack, try to stop the opposing jammer from scoring and help their own jammer get through the pack. Additionally, one of the blockers will also be designated as a pivot. The pivot wears a large stripe on their helmet and is able to score points if the jammer hands them their star cover, when this happens it is called a “Star Pass” or “Panty Pass.” The first jammer to break through the pack is designated as lead jammer, and while both jammers can score points at the same time, the lead jammer can call off the jam at any time.

Roller derby has an extensive rule book and contrary to popular belief, you cannot elbow someone in the face, or punch, or kick. I won’t get into the nitty-gritty, but it’s basically hockey rules when it comes to hits: you can hip check, shoulder check, and body check. It is one of the few sports where offense and defense are played at the same time, and it is AWESOME.
Derby is a predominantly female sport, but it has grown to include all-male leagues, co-ed leagues, and even junior leagues! The sport is really fun to watch and even more fun to play. Derby leagues are always looking for new recruits, volunteers, referees, and fans. If you are interested, chances are you have a league near you!
See you all on the track!